Four years ago, Pernell Cezar called his childhood friend, Rod Johnson, with a simple question that would end up changing their lives: Do you drink coffee?

“I didn’t at the time,” Johnson tells CNBC Make It, adding that he was really more of a tea person.

That might not sound like the catalyst for two longtime friends to quit their jobs and launch their own coffee brand — which, in just three years, reached a seven-figure annual revenue and landed high-profile partnerships with Amazon, Target, Ben & Jerry’s and even the NBA.

Yet that’s exactly what Cezar and Johnson, both 34, did. In 2018, the pair launched Des Moines, Iowa-based BLK & Bold Coffee, which bills itself as the country’s first Black-owned, nationally distributed coffee brand. It’s built around a social mission, the co-founders say, donating 5% of total profits to nonprofits supporting kids in underserved communities across the country.

In May, BLK & Bold became the first-ever Black-owned food and beverage brand to sign a licensing pact with the NBA, partnering on a coffee flavor called The Warm Up. And on Sept. 20, the company partnered with Ben & Jerry’s to develop a newly announced coffee ice cream called Change Is Brewing.

CNBC Make It estimates that the start-up made $840,000 in profit last year, which the company declined to confirm. Cezar and Johnson say they’re on pace to double BLK & Bold’s annual revenue this year, and the brand’s coffees — and teas — are available in more than 5,600 retail locations across the country.

Now, the friends face a pair of challenging obstacles: growing their still-young business against stiff competition, and using their success to help kids in disadvantaged communities like the one where they grew up.

Drawing inspiration from their childhoods

Before 2018, Cezar and Johnson had already built solid careers. Johnson worked on fundraising at the Stockton, California-based University of the Pacific, and Cezar was a sales director for beauty retailer Sundial Brands.

But, like many millennials, the two friends wanted more personal fulfillment from their jobs — and dreamed of launching a business together. Cezar would be the CEO. Johnson would be the chief marketing officer. And no matter what they sold, they decided, their company would revolve around a “social impact model,” with a percentage of proceeds going to charity.

“We wanted to make sure that we found a way to reinvest back into those who just need a boost, who just need a helping hand to overcome and rise above their respective circumstances,” Johnson says.

Their inspiration came from their own upbringing in Gary, Indiana, a city roughly 25 miles southeast of Chicago with perennially high poverty and violent crime rates, and a reputation for being among the most disadvantaged in the country.

Shelia Carpenter, a home economics teacher who knew both Cezar and Johnson as high school students, says the two friends, whom she calls “leaders and role models,” spent lots of after-school time playing sports or at the local Boys & Girls Club. She says it helped them avoid falling in “with the wrong crowd.”

“It gave them another choice of staying out of trouble and doing the right thing,” Carpenter says.15:16How I built Blavity, a media empire for Black millennials

That Boys & Girls club gave the two friends first-hand insight into the importance of youth-focused nonprofits. In 2020, BLK & Bold donated $42,000 to 14 community-based organizations like No Kid Hungry, which fights childhood hunger, as well as educational programs in Des Moines and a coding initiative for Black youth in Miami.

“These are young people that would never [otherwise] have access to that kind of intervention and support of a trained counselor inside their school,” says Langan.

From a small garage to thousands of stores

Johnson is no stranger to coffee anymore. Both co-founders say they’ve “gone down the rabbit hole,” growing their business from a single roaster in Cezar’s small garage to a 20,000-square-foot commercial facility.

While doing their market research, Cezar and Johnson learned that Black Americans are distinctly under-represented in the coffee industry, as both customers and entrepreneurs. In the U.S., African-Americans are the least likely ethnic group to drink coffee regularly, according to 2019 research from the National Coffee Association, a market research and lobbying organization.

Cezar additionally attributes the dearth of Black entrepreneurs in that space to a lack of information and resources, including funding. It’s “wild” how few Black-owned coffee companies are nationally distributed, he says. “Coffee’s been around since the Boston Tea Party, pretty much.”

The company started out selling bags of home-roasted beans to independent coffee shops and retailers in the Midwest. Cezar and Johnson relied mostly on social media for marketing, and spent roughly $22,000 of their their personal savings on costs like building their website and attending industry trade shows, to get their product in front of retailers.

Their big break — or, really, a series of them — came in 2020. First, in January, BLK & Bold’s products landed in 200 Target locations across the U.S. Partnerships with Whole Foods, Midwestern grocery chain Hy-Vee and other retailers put their products — which now also include tea — in thousands of stores later that year.

Then, the pandemic hit. Online sales took off, especially on Amazon, where BLK & Bold featured as part of the e-commerce giant’s Black Business Accelerator last summer.

And when consumers across America flocked to support Black-owned businesses after the killing of George Floyd, BLK & Bold got another financial boost.

“That’s a matter of consumers making a very conscious choice to make sure that their dollars were going exactly where they wanted them to,” Cezar says.

Planning for the challenging path ahead

BLK & Bold’s early momentum means the start-up is now competing in a crowded market, alongside other specialty coffee brands like Blue Bottle, Stumptown and La Colombe, and coffee behemoths like Starbucks, Peet’s and Dunkin’.

In other words, maintaining that growth is about to become a lot more difficult — especially if the pandemic-fueled jump in online orders or national groundswell of support for Black-owned businesses eventually fades.

Cezar acknowledges the challenge. If consumer priorities change, he says, BLK & Bold can change with them.

The goal, he says, is for customers to keep buying his coffee because they enjoy it. At the same time, he hopes the “interest and intention for understanding and supporting Black businesses doesn’t wane.”

“I like to hope that dynamic doesn’t get lost,” Cezar says. “Because it’s a bigger society issue, more so than it is a one-brand or one-product challenge.” 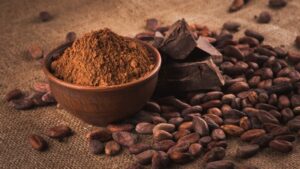