ZURICH/LONDON: Nestle will start paying cocoa farmers cash if they send their children to school rather than out to tend crops as part of a push to purchase all of its cocoa through a fully traceable, directly sourced supply chain by 2025.

Chocolate makers are coming under mounting pressure from investors, consumers and governments to make sure the cocoa beans they source were not produced using child labour or in illegal cocoa plantations in protected forests, both of which are common in West Africa.

The food group behind KitKat chocolate bars and Smarties confectionery said it will triple its current annual spending on sustainable cocoa to give a total investment of 1.3 billion Swiss francs ($1.41 billion) by 2030.

“Only by tackling the root causes, we will have an impact,” Nestle’s Head of Operations Magdi Batato told Reuters in an interview this week.

A recent survey by the University of Chicago found that among children in agricultural households in Ivory Coast and Ghana cocoa growing areas 45% were engaged in child labour.

To qualify for the payments, farmers have to send their children to school, prune cocoa trees, plant shade trees and diversify their income with other crops or livestock.

To check that children really are attending school and farmers are following the rules, IDH, The Sustainable Trade Initiative, will monitor the programme with other third parties.

Children casually helping on family farms outside of school time do not fall under the International Labour Organization’s definition of child labour.

The sustainability schemes chocolate makers have used to date have had limited success in tackling human rights and environmental issues in cocoa, and Western governments are now looking to legislate.

By 2025, it wants to be able to trace 100% of its cocoa back to specific farms under its in-house sustainability scheme, the Nestle Cocoa Plan.

“We’re very confident this will be a game changer on the road to reducing the risk of child labour,” said Batato.

Under the new programme, farmers will receive direct cash payments via mobile transfer of up to 500 francs ($543) a year, which Batato said represented 20-25% of a farmer’s average annual income.

The incentive will then be levelled at 250 francs after two years and progressively extended to all of Nestle’s 160,000 cocoa farmers by 2030.

Unlike current premiums that are paid per tonne and can encourage overproduction, Nestle, which used over 436,000 tonnes of cocoa in total in 2020, said it would pay farmers and their spouses directly, independently of volumes produced.

“An incentive to the household is much more inclusive of the smaller farmers, really making sure that nobody gets left out,” Head of Confectionery Alexander von Maillot said in the interview.

Nestle is going to launch KitKat products next year made with cocoa from farms that received cash incentives and Von Maillot said the company’s efforts might ultimately lead to higher prices for consumers.

“Over time, there might be an increased price for some of the products, definitely,” he said, adding consumers were willing to pay if responsible business practices justified the price. Batato said operational efficiencies would also help finance the investment.

It added however, that cash transfers were not a substitute for a commitment to paying a fair overall price for the bean and farmers were still vulnerable to low world market prices. 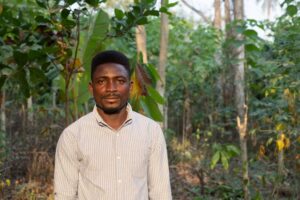 FAIRTRADE FORTNIGHT: HOW THE CHOCOLATE YOU BUY CAN MAKE A REAL DIFFERENCE

FAIRTRADE FORTNIGHT: HOW THE CHOCOLATE YOU BUY CAN MAKE A REAL DIFFERENCE 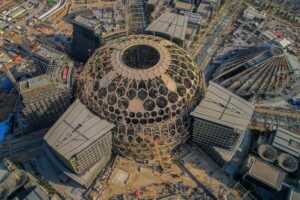